Located in Sydney’s metropolitan region, the suburb of Campbelltown is a thriving city centre within its own perimeters. Founded by Governor Lachlan Macquarie in 1820, the town was named in honour of his wife, and today stands as a residential hotspot that thrives on both a natural environment in combination with city living. Set to increase in size and population even more in the coming years, people are hailing the suburb as the perfect investment. The city is located 53 kilometres southwest of Sydney and covers an area of 312 square kilometres extending from Glenfield in the north, Menangle Park in the south, the Scenic Hills in the west all the way to the Georges River in the east.

The Neighbours
Though detailed as a ‘future growth area’, the current population in Campbelltown shows that 168,000 people have already found their place of residence within the city. As the population continues to grow rapidly, major infrastructure works are in progress to service the demand of residents, including a major hospital, two major tertiary education facilities, regional sporting facilities and major transport links. The median age of those living here is 34 with 42,000 families recorded. 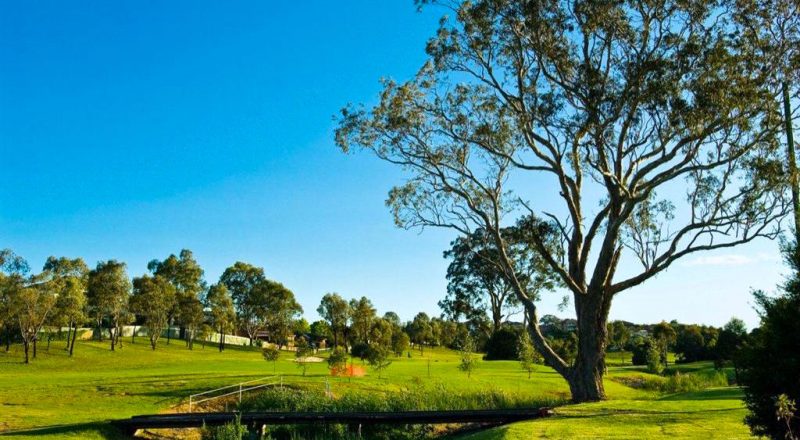 The Commute
The suburb has enormous connectivity, with direct road and rail links to Sydney, Canberra and Melbourne. With great access to NSW’s largest motorways, residents are within reach of Sydney’s M4 and M5 motorways as well as the Hume Fwy. For those looking to travel into the states CBD, the expected journey time will take roughly an hour by car. The commute to Sydney’s major airport is only a short 35-minute drive for those taking the M5. The city is serviced by regular buses and train lines, including the Main South line as well as T8 Airport and South line.

The School Run
Campbelltown is host to a wide range of schools, with a mix of private, public, catholic and selective institutions including the Performing Arts High School and the International School of Music. Alongside both primary and secondary schools, the suburb is also equipped with a range of early learning centres and two tertiary education facilities, including the Western Sydney University Campbelltown Campus and TAFE NSW.

Retail Therapy
For those who love to shop, this town will not disappoint! At 26 acres with multiple floors, the town’s major retail hub, McArthur Square, has received multiple upgrades since its initial open and now remains one of Sydney’s biggest shopping centre complexes. Alongside the giant retailer, is also the Campbelltown Mall and Marketfair which offers residents a wide range of speciality stores, entertainment and dining options to suit every need and taste.

What’s Going On?
Whether you’re living in the city or just passing through, Campbelltown is never short of fun activities to keep everyone busy. For the foodies, the suburbs multicultural mix has created a culture of exotic dining, with a vast choice of cuisine to experience, including more than 100 restaurants and cafes scattered throughout the region. For the people who love their sport, the major sports stadium, a home ground for one of NSW’s premier football team’s, will be a memorable experience. Several golf courses are also in the vicinity. The city is also known for its innovative and dynamic art scene, with multiple exhibitions and performances held at the local arts centre. For families, the great outdoors is an ever giving adventure and with the suburbs natural bushland as well as a great range of parks and recreation reserves, weekend play is looking oh so good!

Are you looking to build a new house in Campbelltown? Get in touch with our team of experts on 1800 184 284 or book a call online for free expert advice on house and land packages, builders and much more!

Not the suburb you’re interested in? Check out more suburb profile’s here!

Breanna Taylor is a third-year journalism and PR student studying at Swinburne University in Hawthorn. She has a strong passion for interior design and a growing interest in property development and renovation.

Suburb Profile: Mullaloo, WAGetting A Pre-Approval Before Finding Your Dream HomeTips To Increase Your Chances Of Getting The Mortgage You Want