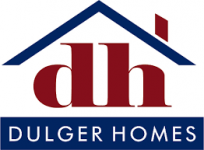 Visit builder profile
From: $283,900*
Pricing shown for VIC builds
change region
*Based on the "Waterlily" facade
Need a home loan?