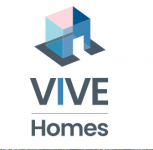 Visit builder profile
Price: $POA
Do you love where you live but want a new home?

Looking for a single storey that fits neatly on a narrow block? The Brooklyn 17 is a three bedroom home (with a fourth Bedroom option) that includes a well thought out living area, large Master Bedroom and Alfresco which is proof a narrow block doesn’t mean you have to skimp space.