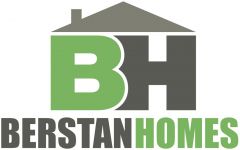 Hamptons living at its best with Berstan Homes Hampton façade will bring your Hamptons dream come true. The Astoria 45 by Berstan Homes is an eye catching home with all the design features you would expect from a Hamptons style home.

This five bedroom home has plenty of space for everyone with five separate living zones with one being located at the front of the home away from the activity of the central kitchen and open planed meals/dining areas.

A covered alfresco area ensures entertaining is a breeze year round while children of all ages are catered for with a study cleverly tucked away off the meals area and a family room located within the kitchen dining zone. The Astoria 45 would suit a 15.5w x 32 lot size.