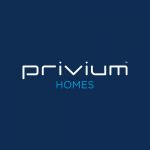 Visit builder profile
From: $358,500*
Pricing shown for VIC builds
change region
*Based on the "Houston" facade
Need a home loan?

WHY YOU’LL LOVE IT
* Expansive central hub spans the full width of the house and includes a balcony that is perfect for entertaining.
* Master bedroom has plenty of space with a large walk-in robe and ensuite.
* Secluded downstairs zone features its own bedroom, bathroom and retreat.