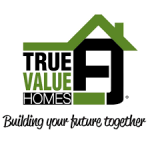 Visit builder profile
From: $233,900*
Pricing shown for VIC builds
change region
*Based on the "Glenville" facade
Need a home loan?

Luxurious and spacious, the Claremont series is the perfect growing family’s home. With large bedrooms, open plan living and multiple entertainment areas, this showcases everything a modern family could need. Want more? The modern and commodious kitchen with butler’s pantry will entice any family’s appetite.